The British Guiana One Cent Magenta: so who, then, was E.D.W.?


Update: This blog post was originally posted back in June 2014, after the last Sotheby's auction. This year, in June 2021, after a heated auction the stamp was won by Stanley Gibbons. It is now in the UK and will be on public display at a future date. The Stanley Gibbons website has more about the stamp's history, here. In the meantime, this is what I wrote back then.

Back in 1856, my great-great-grandfather, a postal clerk named Edmund Dalziel Wight, signed his initials to a cheap little postage stamp in British Guiana, South America, a measure taken to ensure its authenticity. Last Tuesday, over 150 years later, that tiny scrap of paper with the innocuous “EDW” squiggle went under the hammer at Sotheby’s, raising £5.6 million for its previous owner.

But for philatelists the value of the British Guiana One Cent Magenta is of a spiritual nature: it really is one-of-a-kind, a freak, unlike any other stamp in any other collection. And it’s quite literally the human touch, those initials, that creates this uniqueness and breathes life into it. The story of E.D.Wight’s role in the creation of the British Guiana One Cent Black on Magenta is a family legend. it fueled my imagination and inspired me to write a novel around the most exclusive stamp in the world.


So who, then, was the man whose innocent initials, over a century later, upgraded the little stamp now worth a small fortune?


Unfortunately, even we, his descendants, know very little about him, and no photo survives. According to the research of one of my far-flung cousins, Philip Wight, he was white, of Scottish ancestry; he married twice, and with and his second wife, Gertrude, had ten children. One of these was Edward Mar Wight, who married Mary Elizabeth, who was half Amerindian; we do have a photo of her.

Edward and Mary Elizabeth had ten children: nine sons and one daughter,  Miriam, known as Mirri. Mirri was my grandmother, the mother of my mother, Eileen Cox, who became a legend in her own right in Guyana, more famous even than the great-grandfather known to the world as E.D.W., the signatory of the BG BoM.

Edward's other descendants spread out over the world; they live in Australia and Scotland, England, Germany and the USA, and one or two even remain in Guyana. For all of us, the story of the BG BoM lifts E.D.W. out of the anonymity of shadowy ancestry. He's our family legend. Even more far-flung are the descendants of Edmund, the originator of the Black on Magenta. Remember, Edward was just one of ten children! And just maybe this little scrap of paper worth so very much will bring some of us together.

Very often as a child my mother told me the story of her great-grandfather signing the stamp that was to become the most famous in the world. He was Chief Clerk at the Georgetown Post Office, and, apparently, later ran our local branch at the corner of Lamaha and Carmichael Streets—we lived just a block away in Lamaha St, and Mum would point out the building. Was it here that the stamp was signed? We don't know, and she can't remember.

The story of the innocent signing of a stamp that would go on to earn a fortune has always fueled my imagination. What if another one of those stamps survived within the family, I asked myself; what if great-grandad Edmund had kept one as a souvenir, and it turned up in one of those drawers packed with old junk I used to burrow through as a child? Hardly likely. The following extract from Sotheby's website paints a picture of a man heartily indifferent to the stamp he made famous:


Wight had little tolerance for the philatelic celebrity achieved by British Guiana’s early stamps. In 1889, Edward Denny Bacon, one of the first philatelists to write about the stamps of the colony, reported that E. C. Luard had told him that “Mr. Wight is still alive and living in the colony but he is in his dotage and either cannot or will not remember anything about these old stamps except that he initialed them. He has been so pestered on the subject that the mention of old stamps to him is like a red rag to a bull.

This makes him sound like my sort sort of man; down-to-earth and modest and not given to the kind of publicity-seeking attention-hunger we see so much of today. He saw no need to be famous just for the mundane act of signing an ordinary postage-stamp, and he wasn't interested in five minutes of fame, or, as history would have it, centuries of the same. He did not try to capitalise on the kerfuffle being made of that "old stamp"; in fact, it annoyed him. He probably wasn't impressed with the huge amounts on money spent on a little scrap of paper (think of the starving children those millions could feed!)

And very likely he wasn't "in his dotage" at all; after all, he had married his second wife Gertrude just five years previously, so it was probably more a case of "will not" remember rather than "cannot remember".

But the “what if” never left me. There's a wonderful story in there somewhere. And so, after the publication of two of my first three novels, it became the inspiration for a story in which just such a stamp turns up: a family heirloom worth millions. What if someone's cantankerous grandmother was in possession of such a stamp? What if...? So many what ifs followed. Greed, possessiveness, sentimentality: the stuff of human interaction. The Small Fortune of Dorothea Q was the result.

When I first wrote it in 2008 it did not find a  publisher, but early this year I pulled it out, dusted it off, repaired and polished it, and prepared it for late summer publication with my present publisher, Bookouture. It seems my timing was perfect; the original stamp is now hot news, my novel timely.

I hope that E.D.W. would approve; he might not have saved us a stamp, but he has given me a story.

Recent Articles on the Sotheby's Auction:

Red-letter day for most expensive stamp  Telegraph
The ‘Mona Lisa’ of Stamps to Be Auctioned at Sotheby’s New York Times
Sotheby's to auction rare stamp British Guiana One-Cent  BBC
'Holy Grail' of stamps, British Guiana 1c Magenta, to fetch Daily Mail
British Guiana stamp could fetch $20m, says Sotheby's Economic Times/India Times
Rare stamp from murderer's estate may set record at auction ... Chicago Tribune
Remarkable story of the £12m stamp owned by a millionaire murderer that is about to become one of the most expensive objects ever sold... The Independent


Lamaha and Carmichael Street Post Office photo: © Amanda Richards
Old photos of Main Post Office and Postman with thanks to Dmitri Allicock.
Posted by Sharon Maas at 4:29 AM

The Girl from Jonestown 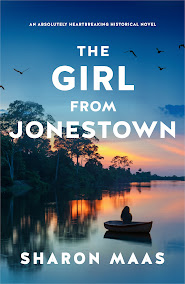 The Girl from Lamaha Street 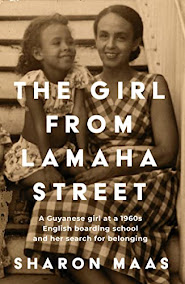 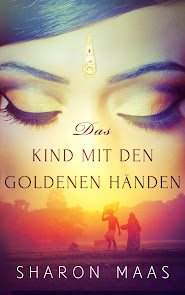 Those I Have Lost 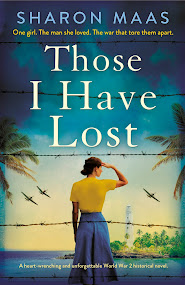 The Far Away Girl 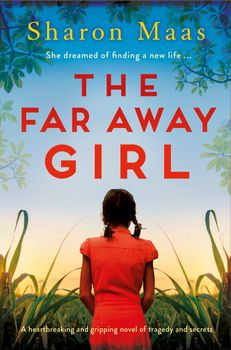 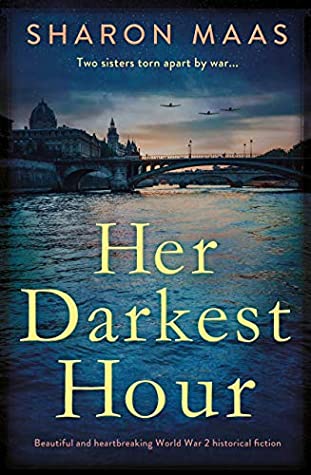 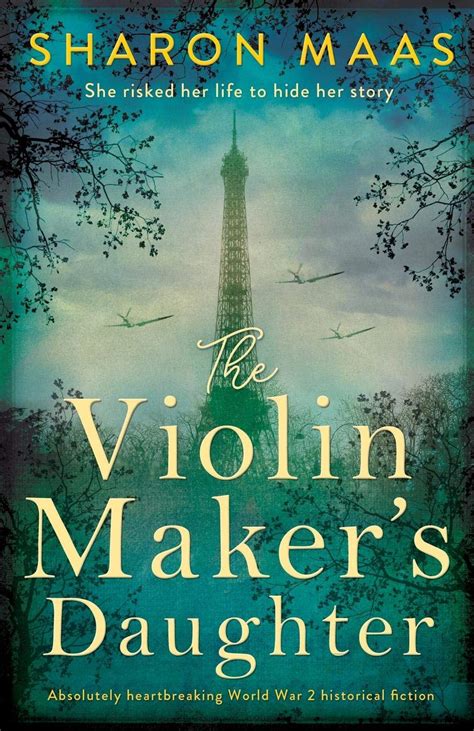 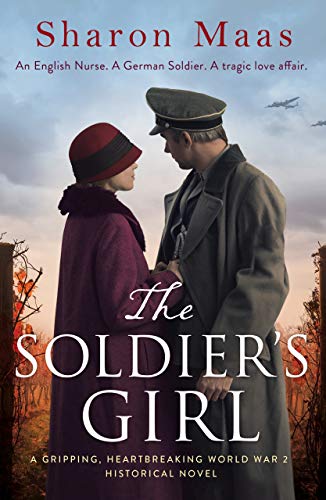 The Orphan of India 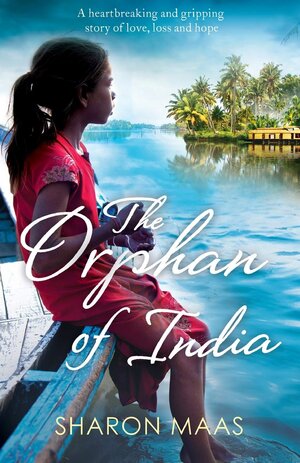 The Lost Daughter of India 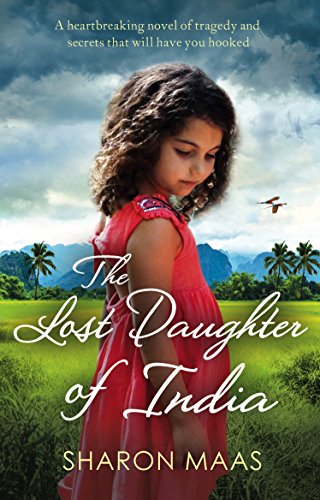 The Girl from the Sugar Plantation 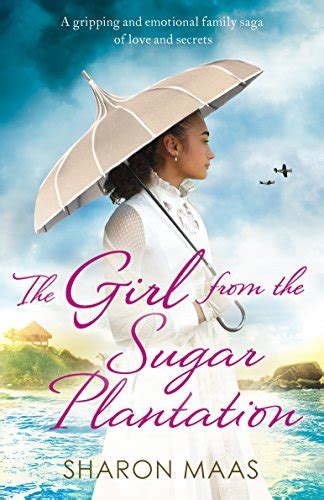 The Small Fortune of Dorothea Q 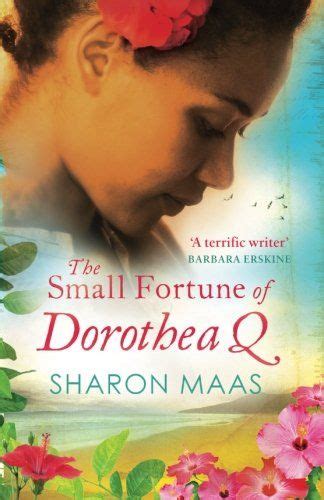 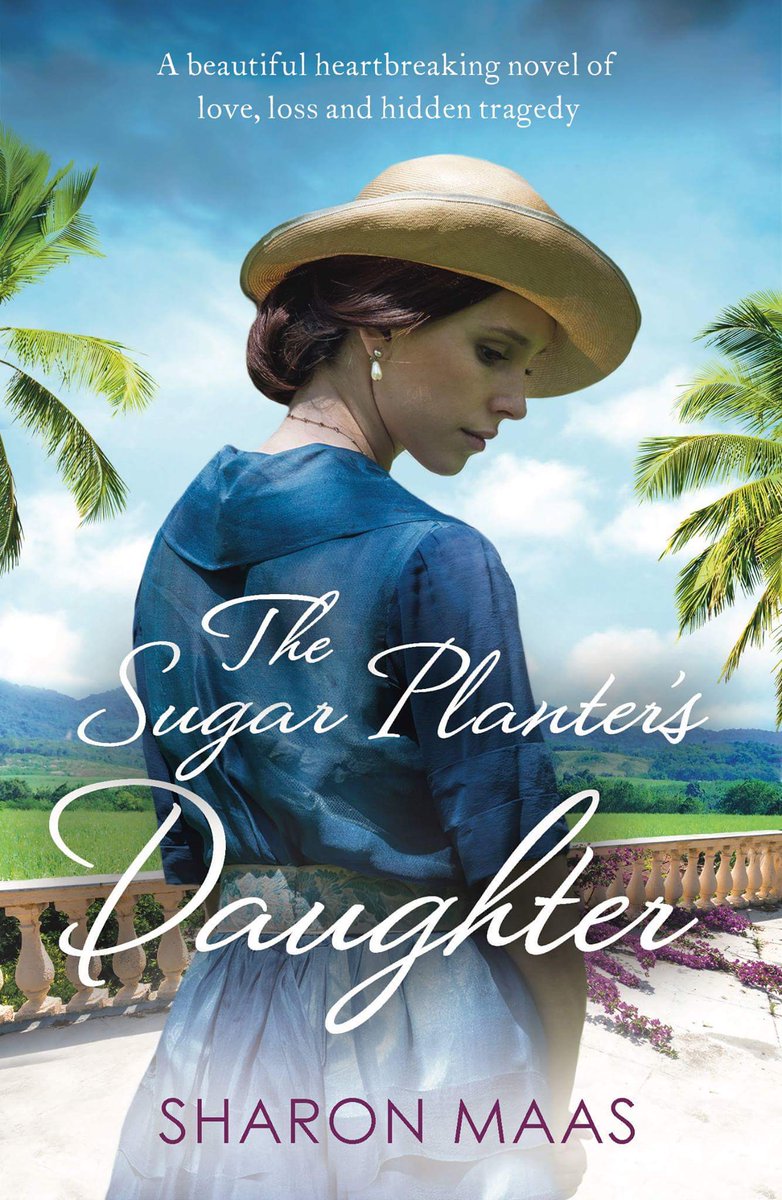 The Secret Life of Winnie Cox 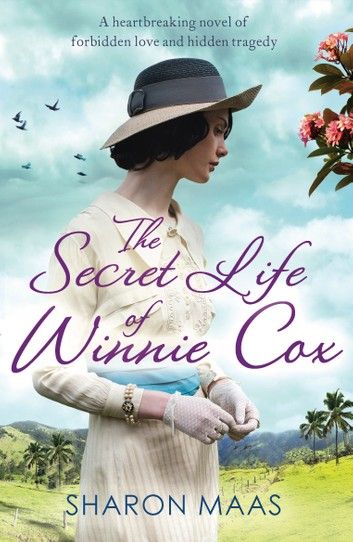 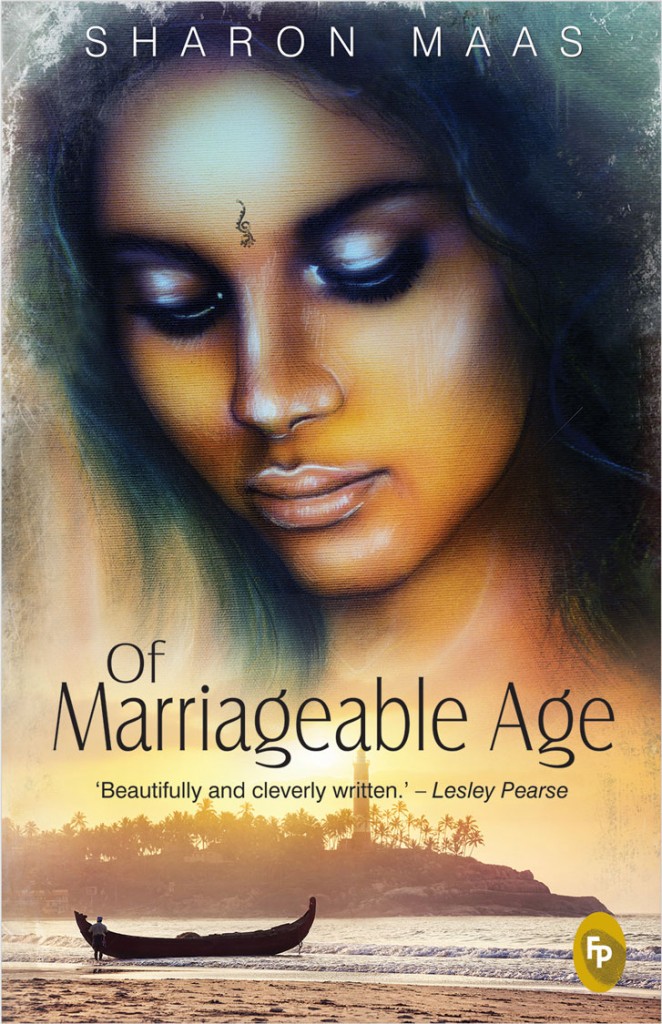 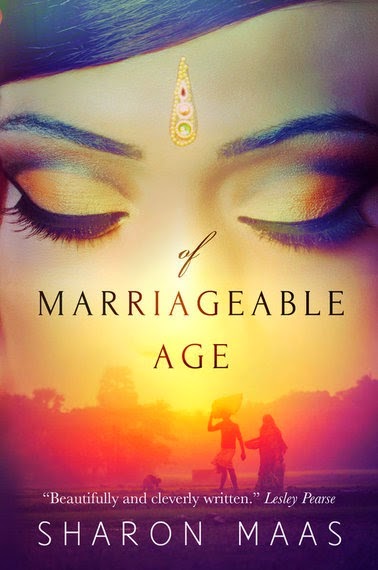 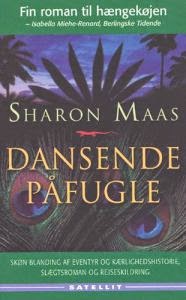 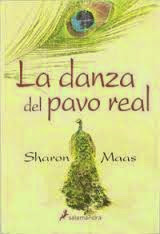 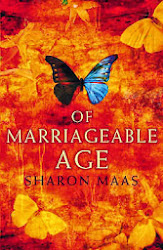 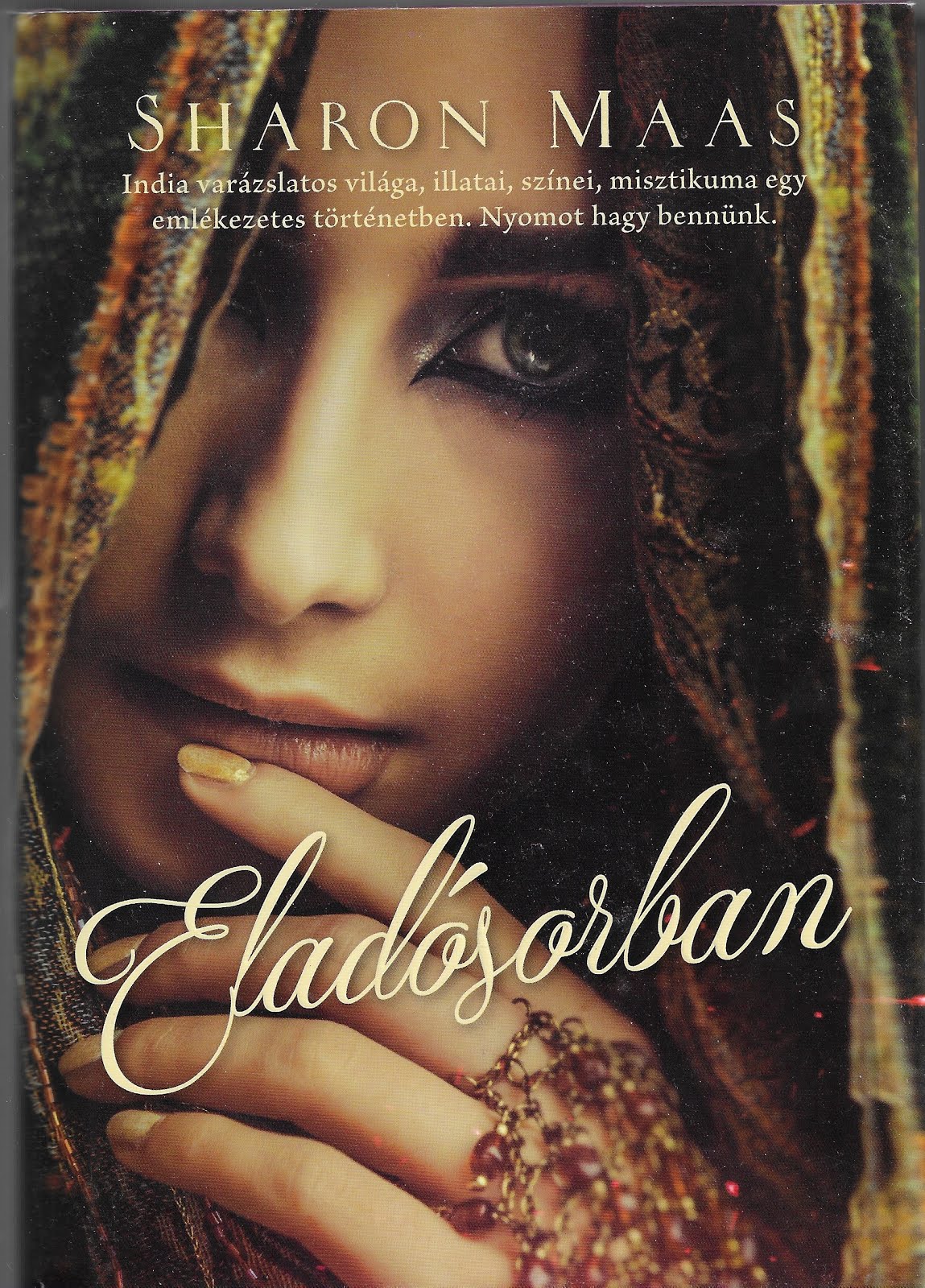 The Speech of Angels 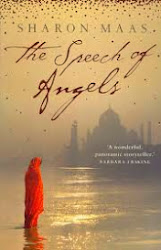 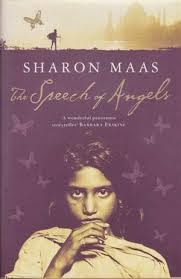